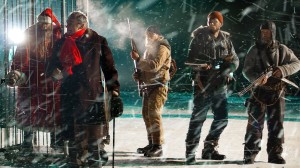 Quiz memes are kind of silly, but this one seemed like a fun way to wrap up the year.  So here’s The Girl In Row K’s answers to 10 questions about 2013 at the movies.

1. What Christmas movie will you be watching this year?

But there’s another that I love just because it messes with some many of our dearly held beliefs about Christmas in such a delightfully creepy and fun way:

I’m bummed I’ll have to wait till boxing day to see Frozen, because I think that’s going to be amazing!

There are so many… but I always love Hans Zimmer and Bear McCrearey’s evocative and atmospheric stuff in scores.

The score from The Lord of The Rings films was magical, too. In terms of theme songs that still give me a chill and send me right back to the cinema, Don’t You Forget About Me from Breakfast Club.

But this year’s best score/theme would have to be Steven Price’s score  for Gravity.

3. Who was the filmmaker you admired the most this year?

Alfonso Cuaron. He’s an outsider and it showed in Gravity. It’s daring, bucks all trends of Hollywood, and yet Cuaron manages to take the two biggest Hollywood trends – 3D and massive CGI – and makes them something entirely new and above all, purposeful to both the viewer and the story.

Gravity is literally the first 3D film where 3D is not just a gimmick or way of controlling pirating or whatever, it actually adds something to the experience of watching the film. 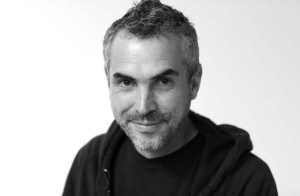 And obviously this film is almost entirely CGI, but if you found yourself thinking that at any point during it, then there is something wrong with you, because I don’t think I fully understood what “total suspension of disbelief” meant until I saw this film.

Also, I have a fruit basket and undying love for any creator brave enough to make the lead of a ‘blockbuster’ a not just a woman, but a woman over 40.

And then have her be the only character on screen for two hours.

And then have her complex and rounded and struggling against her own demons and the ones the world she inhabits throws at her too. Bloody marvelous.

Sci-fi. I still believe in the power of Science Fiction to unpack humanity’s issues and give them a good going over. It’s still the ultimate format for parable – and parable is how we learn about ourselves best.

Whatever you think of the individual film crop this year, 2013’s sci-fi’s have been incredibly intellectual (or at least tried to be) and, with the exception of Star trek Into Abominable Shite, they did something more than just throw spectacle in your face and hope you were entertained.

5. Name a book about film or film making you would recommend for 2013?

This is a person with inestimable knowledge about and a unique perspective on film. It’s also a person with compassion, emotional intelligence and heart.

Why wouldn’t you read a book about the greatest topic on Earth by one of Earth’s greatest heroes? Really, this is a no brainer.

6. The best film blog you’ve read (except of your own)?

One of my favourite film and movie (there’s kind of a difference…) blogs is thefilmexperience.net because it’s aimed at the general film fan market, and celebrates fan-love.

It’s easy on the eye, with solid, if not that flashy or fresh writing. But Nathaniel Rogers’ opinions are pretty solidly lodged in a love of film, and that’s fab.

7. What do you think about James Cameron is going to do three more Avatar movies?

This is a tough one. On the one hand, I do not think Avatar was a good film. It was trite, glib, possibly racist, definitely blinkered, and shoddily written.

I appreciate it struck a chord with a huge audience though. I’m buggered if I know why, other than that the majority of people desperately what to emerge themselves in the kind of wish fulfilling escapism that simultaneously absolves them of all their perceived sins and gives them a facile “morally right” banner to rally under. Which… actually makes sense when I see it spelled out like that. I mean, I get it.

And I’m certainly not sure that Aotearoa/New Zealand film needs his guiding hand. Perhaps his guiding bankroll, but really, stay out of our national film tradition, pal. We do alright.

Having said all that, a lot of people I admire and respect and whose work has been fundamental to helping put Aotearoa/New Zealand on the movie making map have now got secure jobs here. And I can’t feel too bad about that.

There were so many! The entire cast of Orange is the New Black. Crystal Reed as Allison Argent from Teen Wolf. Nicole Beharie as Lt Abbie Mills from Sleepy Hollow. Ming Na Wen as Agent Melinda May in Agents of SHIELD. The entire cast of American Horror Story: Coven. JESSICA LANGE AS FIONA GOODE COME ON! TV is really where it’s at for great characters right now. Especially for women, and women of age and colour, too. Just one of the best TV years to date for the ladies.

I found myself thinking at one point that with all these excellent women represented on TV, and seeing myself in parts of them so often on the small screen – which is so incredibly rare – this must be how guys feel about TV shows all the time.

Lt Abbie Mills has been a particular favourite. I love the complexity they’ve given her, she’s tough yet vulnerable, savvy yet often struggles with accepting the world she’s found herself at the centre of. It’s such a great role and Beharie nails it every time. I love her.

I’ve also got to own up to enjoying Norman Reedus as Daryl Dixon on The Walking Dead whole-heartedly again this year. God bless him and his guns.

I love the arc he’s taken from vile redneck scum bag to hero.

It’s been a joy to watch. His scene this season with the kid trying to guess what he was before the Zombie Holocaust was wonderful.

9. Who was the best character in film this year?

Katniss Everdeen – I’m always going to get behind any character that depicts young women as complex, interesting, well rounded beings with motivations and needs of their own, with strong stories that are a delight to watch unfold. 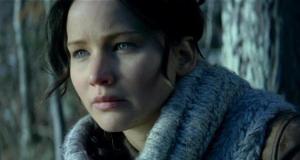 I want more female characters created like this on both screens – small and large.

Also, a lot of what makes Katniss so wonderful is, of course, down to Jennifer Lawrence’s understanding of the character.  She makes Katniss a real woman.

Even though the film did work for me on the whole, Javier Bardem, Michael Fassbender and Cameron Diaz’s Catfish scene from The Counselor made an indelible mark. I’m not sure how any of them made it through without corpsing for hours.

The moment the noose is dropped around Brad Pitt’s neck in that same film was possibly the most distressing thing I saw on film this year. 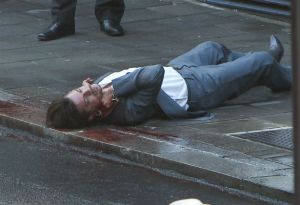 So like Cormac McCarthy to make the audience endure a man’s utter hopelessness and impotent rage in the face of his imminent, incredibly brutal death. I’m still not really over that horror.