FASHION: The death of Converse? 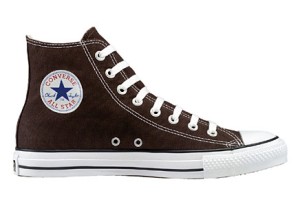 There’s an olde worlde saying that goes: “If the shoe is not broken, why on God’s ever loving earth would you fix it?”

Many a brand has foolishly replied, “Coz we can, see!”

Now cinema’s favourite shoe has fallen foul of this preposterous idea and is changing the design of the Converse All Star after 88 years.

Why, you may ask, why would you change the design of a shoe good enough for Rocky Balboa to run up those steps triumphantly in?

Well, possibly because as anyone who’s tried to walk a mile in a pair of Chuck’s in high summer will tell you, technically Chuck Taylor’s suck ass.

The canvas beauties have not changed in basic design since 1927, although they’ve been around in 1917, and while they are pretty, they don’t last, and they offer exactly nothing in the way of support.

The new designs will rectify that, Converse, claims, adding bunch of fancy schmancy padding and whatnot, including a non-slip tongue, chusioned ankly bits and arch support. 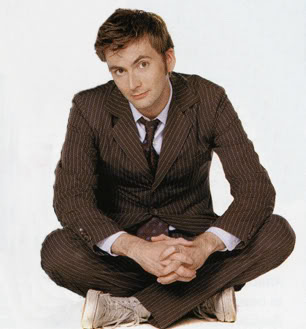 Well, tell it to the Doctor, pal.  He’s 900-years-old, for crying out loud, do you hear him complaining?

To be fair, Chuck’s can be brutal on your feet after a full 8-hour-shift at your local record store or fast food outlet, and they don’t always look so great after a couple of hours in the mosh pit either.

(Also, unless you’re wearing high-tops, in any dance scenario the chances of losing that one shoe are almost certain.)

So I’m not adverse to changes that make the inside better for the business of looking like you tried, but not too hard.

My beef with the look of the new design (left) would be the removal of the sole stripes, which renders the All Stars almost indesinguishable from those crummy knock offs you see at K-Mart or The Warehouse.

But the least welcome addition of all is some kind of suede insert, thereby ruining what was legitimately the only decent vegan shoe in the known universe. *le sigh*

Other than that though, the new Chuck’s retain the general shape, rubber toe and the all important star decal. But man, Imma miss those go-slower-stripes, Slackers.

Still, it’s not like Converse haven’t played fast and lose with the design before.  Remember those Converse jandal things? *shudders*

What do you think of the redesign?