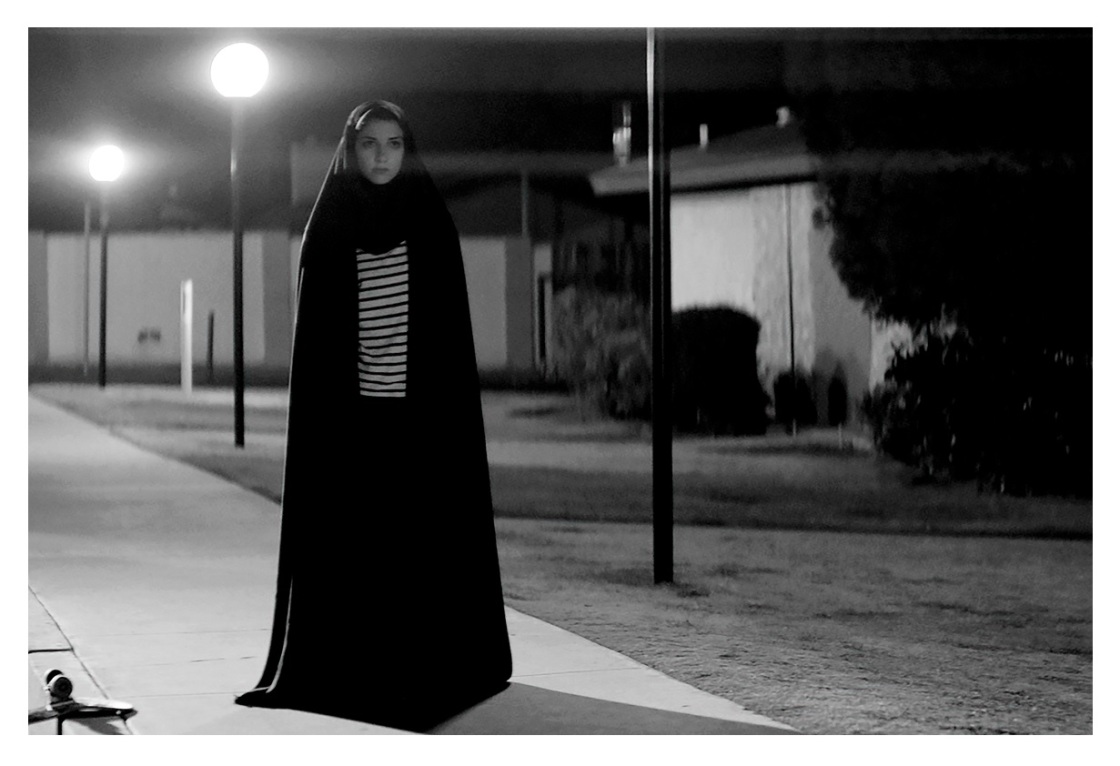 A Girl gets dressed Alone At Night

One of the best things about Ana Lily Amirpour’s stylish noir Vampire film is, well, the style.
With the help of good old Polyvore, I’ve had a go at being Anna Wintour for a day (sans the Terry Richardson fascination *shudders*) and  put together an outfit based on the movie.
It’s simple, chic and one that you could wear anywhere – no one need ever know you’re imagining tearing the jugular out of the patriarchy and planning to elope with your weak-yet-handsome human lover! Huzzah!
Skinny jeans and striped tops are all the rage right now, and shouldn’t be hard to get your paws on.  The Michael Kors is a bit of an extravagance, but any over-the-body bag would do to pull this functional look together.
I’ve also exchanged The Girl’s chador for a longline cardigan, because I’m not Muslim and cultural appropriation is not cool, yo. I’m not sure how I’d feel about a non-Muslim wearing a chador for a full-on cosplay of this character, though… I guess you’d have to do it respectfully and maybe ask people who are, you know, actually Muslim how they’d feel about it.
In the mix are couple of classics: Mac’s Ruby Woo lippy, which is one I wear almost every day, and ruby red low-top converse trainers – the show of champions.  In the movie The Girl wears what look like Keds or some other off brand Converse type, though. For a little Kiwi twist, I’ve also added a pair of Meadowlark fang studs.
The board is a 27″ Quicksilver Nickle with waffle non-slip deck, 59mm Penny wheels, four A grade, 356 cast aluminium powder-coated trucks with Premium Abec 7 stainless steel bearings. Noice.
What other film costumes or film themes could inspire every-day outfits? Let me know in the comments and I’ll have a go at pulling something together in Polyvore.