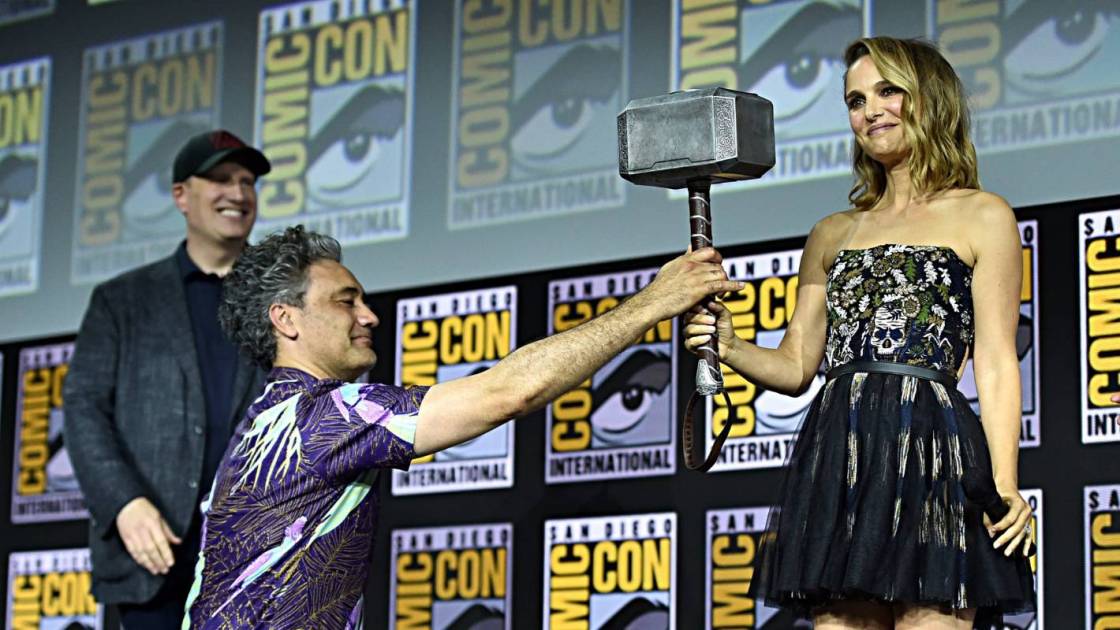 Hands up who’s excited for Taika Waititi’s Thor: Love and Thunder… Please note: both my hand and one leg up.

I wrote about it for Stuff last week. Y’all can have a read of it on the site, but suffice it to say I got a little over excited.

And when I wasn’t getting over excited, I was railing against the ludicrous response some folks have had to the news the mantle of Thor would be handed to a woman in the next instalment.

Let’s get this clear: I think handing Mjolnir to Natalie Portman’s Jane Foster isn’t just good feminism, it’s good story telling. Mostly because it’s different, it’s a change, it’s dynamic and unexpected – as much as something made by Disney and Marvel can be.

So, shut up about it, basically.

LOL, I’m joking. We all know who’s really getting upset about it. They don’t really care about Marvel films, or the movies at all. They just hate change and thing anything that raises women up is an assault on them personally.

Which is a long winded way of saying, ‘who cares what they think?’. 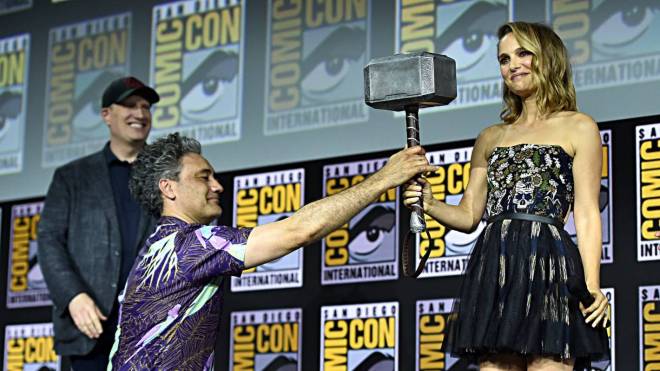 If you’re still feeling a little weird about it, that’s cool. Change is confronting sometimes. It’s understandable. But maybe see it as a chance to have a good soul search and ask yourself why?

So thrilled to share the news with you today at #sdcc2019 that I’ll be returning to the @marvel #mcu as female Thor with legends @taikawaititi @tessamaethompson and @chrishemsworth. (Remember this as the before picture for when I get jacked)

ANYWAY, Waititi has been telling critics of the idea exactly what they can do with their criticism and it’s a delight to see:

I’ll post more as they happen, but I love that he’s not letting this nonsense slide.

He’s played with his critics before, reading mean tweets about Thor: Ragnarok after the first trailer dropped. And he’s nailing them again over his forthcoming film Jojo Rabbit in which he plays a comedy Hitler. Have a look:

I seriously can’t believe there are people in the world who give a shit about Hitler, but that’s 2019 for you. #FuckYouShitler

I couldn’t wait till tomorrow to colour it in! I fucked up the trees, Went too hard with the gouache, but pretty please with this all round. What have you guys made during your #lockdownnz?
Spend day 2 of #lockdownnz making myself a colouring in poster of my neighbourhood’s best foraging spots to colour in tomorrow. What are y’all up to today? #covıd19
Like, when do I NOT want to think about Jeffery Dean Morgan? #Repost @_emily.brookes_ ・・・ You’re in lockdown, so chances are you want to think about Jeffrey Dean Morgan. @kylie.klein_nixon _ and I are here to help you with that, and other (less worthy) things you can do with your enforced downtime in this week’s episode of #offscriptpod. Link in bio!
#lanternfestival
What is this den saturnalia plant with flowers that start out yellow, and go pink over time. I am@in love.
My post Oscar Live Blog face. Debriefing at @EmilyBrookes’ bar across the road from work...
Nice one Wellington. #Queen
Nice work if you can get it. #queen @stufflifestyle
Beautiful #Lammas feast with @bai_palmer @gabriellepalmer and pals. #wheeloftheyear #NaturesWay #hedgewitchesofinstagram