The Lion King: Yes, I feel the love tonight

I was not prepared for the effect The Lion King, Disney’s “live action” remake of the classic cartoon, would have on me.

I had tears in my eyes about five minutes in and they didn’t let up till a good hour after it was all over. It was that adorable, engaging and uplifting.

I’m not even in the age group to have been captured by the cartoon’s emotion-tugging charms back in the day, but it still knocked me for six. 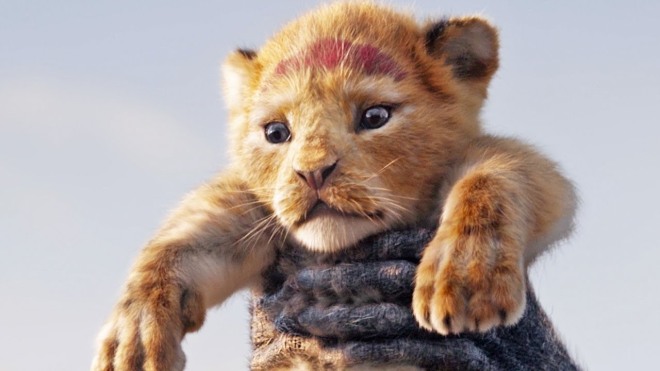 Despite what you might have heard, the “live” animation in the film falls so far from uncanny-valley creepy, it’s practically running free across the suspension-of-disbelief savannah, leaping with the springboks and prancing with the impalas.

As ever, it’s all in the eyes, which in Disney’s film, are vibrant with life in the way we’ve seldom seen before (perhaps only in 2017’s War for the Planet of the Apes have CGI animals been so filled with life-like expression).

A lot of that life is, of course, provided by the outstanding cast: Donald Glover as Simba, Beyonce as Nala, Chiwetel Ejiofor as Scar, John Kani as Rafiki, Seth Rogan as Pumba, Billy Eichner as Timon, Alfre Woodard as Sarabi, Florence Kasumba as Shezni and the ever magnificent James Earl Jones as Mufasa.

But I think the audience brings a little of the pizazz too. The good will towards this film is bountiful. The screening I attended was jam packed, despite being late on a week night, and everyone cheered at the end of the film. Eichner’s sassy Timon got roars of laughter, as did Rogan’s farty warthog, Pumba.

But the biggest outpouring of love was reserved for Glover’s Simba, who is vulnerable, powerful and charming from the get go.

As coming of age stories go, Simba’s is a classic (think Henry IV part one, where the young king-to-be is little more than a feckless, dissolute layabout who must learn to take his pace as a leader).

Beyonce’s Nala is Simba’s conscience and the impetus he needs to claim his place in the circle of life. Naturally Queen Bey kicks ass with what little she has to do, but her voice has exactly the right take-no-shit weight behind it to give Nala more personality that the story does.

A word of warning for parents: This film could very well class as Baby’s First Horror movie as the realistic rendering of the Hyena pack is often horrific and more than a little full on. The scene where they chase Nala and Simba through the narrow caves of their territory was tense enough to give me pause (and I laughed my fool head off through parts of Hereditary), so be warned.

Also the scene (you know the one, no spoilers) between Mufasa and Scar is brutal in an unexpected way. Not gruesome, exactly, but pointed. There’s no escaping what happens and it’s effect on baby Simba is heartbreaking. Be ready to have some frank discussions with wee ones after this, or just stick with the cartoon till you think they’re ready to deal.

All told I can’t recommend the film enough. I know they’ve copped some flack for this revisionist thing they’re doing, but as far as I’m concerned, Disney are killing it.